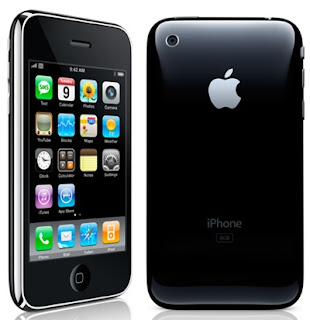 I phone are touch screen mobile phones which run on IOS which is a Apple's mobile Operating System and is derived from MAC OSX. Earlier when I phone was launched in some what around Jan 2007 third party applications were not supported in I phone but soon Apple announced that they will be introducing certain SDK (Software development kit) with the help of which developers from all around the world can build their own application.

When you are working on any mobile app their are some key features which you must always keep in mind :
Now it's time to get some tools. Go to http://developer.apple.com/iphone/index.action
You can download the SDK for free with the basic registration, but to distribute a completed app on the App Store or install your app on the iPhone for testing you need to become a paid
Standard or Enterprise Developer. The SDK comes with a simulator for testing
directly on your Mac, so free registration is all you’ll need for now.

Now let's talk about the IDE where all the coding part will take place but before that we will have a look at the programming language that we will be using to make an I phone app. The language used is Objective C which is an object oriented programming language it derives it's syntax from Small Talk and C programming. The IDE used for I phone development and desktop app development for Apple is X code, X code 3.2 is the latest version. The X code suite also includes most of Apple's developer documentation, Interface Builder, modified version of GNU Compiler and supports C, C++, FORTRAN, Objective C, Objective C++, Java, Apple script, Ruby, Python the Xcode uses GNU debugger as a back end for it's debugger. The Cocoa and Cocoa Touch frameworks powers Mac OS X and I Phone OS and are tightly integrated into the X code development experience. Cocoa’s high-level APIs make is easy to add animation, networking, and the native platform appearance and behavior to your application with only a few lines of code.

This was a small introduction to XCode and IOS. I will be adding some examples on some of the controls in Xcode later. I hope that this blog was helpful to you. In order to know the features of iphone you can just hit this link I phone Features