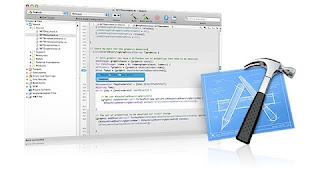 Objective C follows the object oriented syntax from Small Talk and non object oriented syntax from ANSI C. It was invented by Brad Cox and Tom Love in the organization named Step Stone. In today's world where lots of developers are familiar with programming languages such as JAVA, Cpp, C#, VB.NET, objective c will be quite new to them, don't worry its not that hard once if you get the syntax of objective C you will be developing applications for iPhone in no time. So lets have a look at the syntax part of objective C and one more thing since objective C is a super set of C so any C program which you write in Objective C will run smoothly.

Class is like a blue print of a building with the help of which you can construct a building. In programming terms class is said to be as a blue print for your objects. Given below is the syntax to declare a class in Objective C.

In the above code we have seen only the declaration of our class but what about the implementation part???

In order to implement the above class objective C uses a keyword called as implementation have a look at the given example below:


Functions: Functions are just a block of code which will do certain task for you as per your code written in them. Now functions are of two types:
Syntax for class functions or static functions is given below:

Syntax for object function is given below:

Object creation: Objects are key to understanding object-oriented technology. Look around right now and you'll find many examples
of real-world objects: your dog, your desk, your television set.

alloc will create a new instance of the class and init will initialize the class level variables and methods.
Posted by Radix at Thursday, September 02, 2010